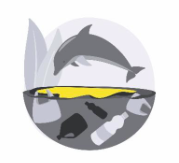 New research has found evidence of plastic in the bloodstream of humans for the first time.

Plastic – it’s in your blood. And we know so because researchers have just found microscopic plastic particles flowing in our bloodstream for the first time.

HOW do Microplastics affect our health?

COLUMBIA, SC (WIS) – Our months-long WIS investigation into plastic in drinking water concludes with trying to answer one question: how bad is it for our health?

One study found microscopic plastic fibers in more than 94 percent of United States Tap water. Bottled water in our study fared worse and also had its own problems in the U.S. and other countries according to this study.

Dana Nairn is a doctor at Providence Health in Columbia. She walked WIS through the scores of problems that chemicals in plastic could cause based on existing research.

“Most of the plastics will affect the endocrine system,” Nairn said. “It has been fairly clearly implicated with decreased fertility in both males and females.”

Part of Nairn’s work revolves around finding out why there has been an increase in chronic illnesses. She points to plastic as a possible reason.

“Some of them have been implicated already of the autism spectrum disorders,” Nairn said. “For women that become pregnant, it poses a problem for the fetus because pretty much all of those toxins across the placenta,” Nairn said.

“Known fact about plastics is that they release the chemicals especially with heat,” Nairn said, warning about drinking coffee through plastic lids which have been linked to the chemical BPA in the past. Also referring to the heating of Styrofoam cups containing drinks, or food.”

Dr. Nairn says there aren’t many studies on the effects of microplastics on humans, thus we cannot know how harmful it is. We replied, surely it cannot be healthy to drink plastic big, or small.

“Well, that’s what common sense would dictate,” Nairn said. “Presuming that we at least absorb at least some of the chemicals from the microplastics, which would make sense, then yes, it is very harmful.”

“The scientists found that they built up in the liver, kidney, and gut. Overall, they concluded that “MPs [microplastics] exposure could cause disruptions to energy and lipid metabolism, induce oxidative stress, and include neurotoxic responses.”**

see link below for full story….

Links to full article and several sources regarding these claims…..

Water Filtration is no longer an option. ION Thrive has the answer!

Each ION Thrive Hydrogen and Alkaline Water machines is equipped with 2 of the best ways to remove microplastics from drinking water recommended by the experts:

No comments to show.